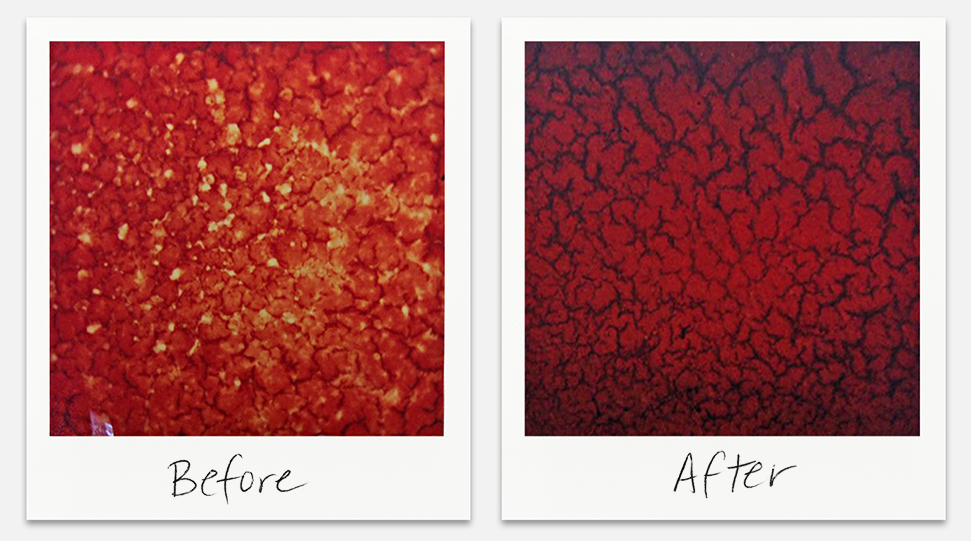 These are before and after pictures of my blood – before migraines and after migraines. The picture on the left is before a “natural” diet (all of the white/yellow spots represent free radicals/toxins); the one on the right is 6 weeks after (showing bright, vibrant blood with no or limited toxins).

The pictures are tangible proof that food is medicine. I started this “diet” because of a visit to a naturopath and nutritionist. By today’s definition, I wasn’t “unhealthy” when I went to see them. I worked out, hardly ever got sick, and avoided most foods that were considered bad for me, “bad” meaning fried or sugary or other (though I did have serious cravings at times, which is another story). But I was desperate to get rid of migraines that would knock me out 3-6 days a month, sick, throwing up, on the floor, comatose.

After only 6 weeks of “clean eating”, the result was no migraines in addition to unexpected benefits such as increased energy, no sugar cravings (and I mean none!), better sleep and more. I share these photos with you because most people have not had a chance to see what unhealthy or healthy blood actually looks like, because most people probably have blood that looks like the photo on the left, and because most people spend more time considering what food is doing to the size of their ass or waistline when they should be more concerned about what it’s doing to their insides and digestive system that is overworked and exhausted from trying to digest fake ingredients they can’t even pronounce.

I also share it because I want to help. If you need more proof of how the right food can help to create optimally functioning bodies, consider the centuries-old words of Hippocrates, “Let food be thy medicine and medicine be thy food”, a quote which often makes me wonder – how much sickness will we put up with before THESE words influence us more than the ones written on a doctor’s prescription pad?